The term “Cottonian Binding” refers to books bound in colored cotton prints for Robert Southey (1774 – 1843), an English poet of the Romantic school, and Poet Laureate of England for 30 years from 1813 until his death. Southey was a prolific writer and also a great reader and collector of books. Although he was not a man of significant means, Southey was able to amass an enormous book collection that numbered around 14,000 volumes. His book collection was so large that it spilled over into every room in his house and even included books shelved on the stairs. One room was devoted to his “Cottonian Library” and contained books his daughters and friends covered in recycled remnants of printed cotton fabric. Each volume had a hand written paper label for identification; it is estimated that as many as 1400 books were bound in this style. This collection was dispersed after Southey’s death and although there are examples in various public and private collections, Cottonian bindings are not very well known today.

The major goal of this project is to bind 1400 volumes in Cottonian style bindings to help shed light on and greater understanding of Southey’s personal book collection. Each volume will be bound in a remnant of printed cloth with a hand written paper label, very similar to the cottonian bindings in Southey’s library. Only books printed between 1844 and 1860 will be used for the project, as Southey died in 1843, to ensure that none of the books from the project will be confused with books from Southey’s personal collection. The intent is to show how the Cottonian Library could have grown if Southey had lived another 17 years until age 86. In addition, each volume will be identified as belonging to this project with a ticket on the back pastedown, which will include an individual number showing how that particular volume fits into the larger scope of the project.

In the first half of the 19th century, when Southey’s Cottonian bindings were being made, both cotton cloth manufacturing and book production were undergoing technological revolutions that were leading to mass-produced commercial products on a large scale. These changes were also creating a very different work experience for many people. Southey’s father was a linen draper, so he and his family would have been aware of cloth manufacturing developments and likely affected by them. As a published author, Southey was probably acquainted with the changes taking place in the production of books and certainly saw that the finished product was evolving. It is interesting that the Southey family were taking two mass-produced objects to make a handmade one during the very heart of the industrial revolution. We are currently in a rapidly changing time period for the creation and delivery of information, which is again affecting the lives of many people.

A secondary goal of the project is to highlight the current artifactual value of many books printed between 1844-1860 and the possibility that most physical copies will disappear during the next several decades. Since Southey had limited financial means, covering damaged or unsightly books with cloth remnants was his way of keeping these books in good condition while limiting the cost of repair or rebinding and ultimately making sure they were available for future generations. Typically, Southey reserved this treatment for his less valuable books so this project will only use damaged volumes that have been discarded or can be purchased for very little money. In many cases, these books were being thrown away or would soon suffer that fate.

The texts used in this project are all out of copyright, which means that they can be digitized and distributed freely via electronic means. While this is a wonderful way of transmitting and furthering the spread of information, these electronic versions have the unintended consequence of making the physical object less desirable. In particular, damaged books from this time period are more likely to be discarded as being too expensive to repair and institutions with space considerations are more likely to de-accession these materials as they become available electronically. While the delivery of texts electronically has many uses and some advantages over physical delivery, it cannot capture all of the information contained in the extant copies of an edition. Almost any book that is at least 150 years old has become almost unique, given ownership inscriptions, notations, additions or subtractions of text, plates, and other one-of-a-kind elements during their lifetime. There is also the poibility that these books were not identical at the time they were produced, given the technology and workflows employed at the time. If most of the copies of an imprint are discarded, it will make comparisons of copies almost impossible and will only lead to greater assumptions about the standardized nature of these materials.

By individualizing each book in this project, I hope to highlight the physical nature of books and the fact that one digitized example cannot stand as a surrogate for every copy of that text originally produced. The Cottonian bindings will help collectors, librarians, patrons and even the casual reader understand that each physical book has a life of its own apart from the edition with which it was originally printed and can have its own story to tell. 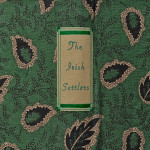 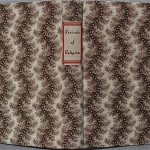 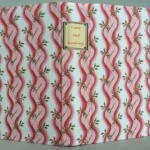 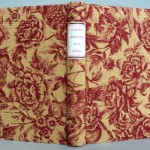 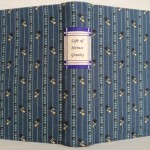 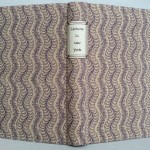 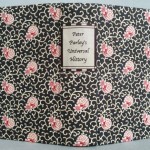 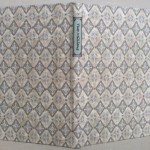 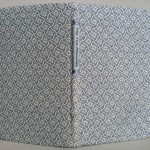 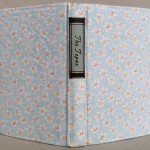 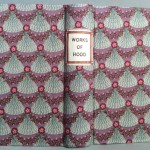 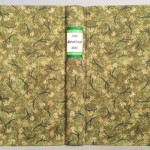 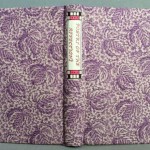 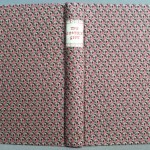 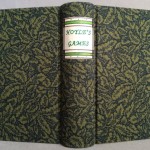 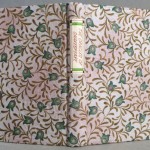 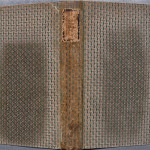